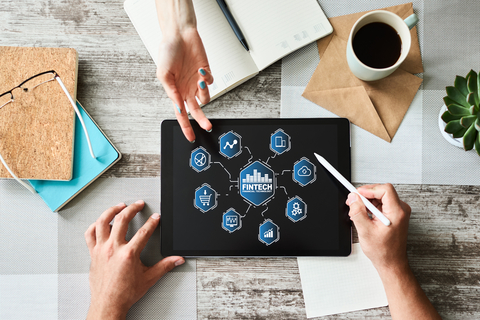 When you look back over the past 30 years, you can identify two distinct versions of the Internet. Most people refer to them as “Web 1.0” and “Web 2.0.” Both versions focused on developing applications to run on this new global network platform. While the Internet’s impact has been overwhelmingly positive, its evolution has recently created problematic issues around privacy and control. Thanks to blockchain technology, changes are already underway to create a third version of the Internet. This version will restructure the platform to replace powerful intermediaries with a technology solution and distribute power and control directly to people. To understand what Web 3.0 is, it’s helpful to identify what characterizes the first two versions.

Web 1.0
The first generation of the Internet, Web 1.0, appeared in the 1990s. Tim Berners-Lee created the World Wide Web, which gave people the ability to make documents located on different computers accessible to anyone from anywhere in the world. All you needed was a computer with a browser and a connection to the Internet to read the documents. Companies, clubs, groups, and even individuals claimed their place on the World Wide Web by buying a domain and publishing a Web page. As everyone began adding content to their Web pages, they built a massive platform for information sharing called the “Information Superhighway.”

In Web 1.0, most users were simply consumers of all this new shared information. While it was completely revolutionary, the first version of the Internet was also very static. The only way a Web page changed was when someone opened it with an editor, changed the information on it, saved it, and republished it. There was very little interaction occurring between websites and users or among users on the Internet. It was primarily a read-only Internet.

Web 2.0
The 2000s brought the next generation of the Internet with the ability for users to interact with websites and with each other. Web 2.0 became known as the “read-write Web.” People gained the ability to publish their own content on blogs and websites, comment on other people’s content, and collaborate with other users to create group content. Scripting languages like PHP and databases like MySQL gave Web pages the ability to update themselves dynamically and to store and update information in real-time.

The business plans of these Web 2.0 pioneers emphasized growth over profitability. They acquired smaller companies to add to their capabilities and eliminate competition. Most of all, they focused on adding users. The network effect of increasing the number of users on their platforms increased each company’s value and dominance. Fortunately, there was a vast supply of new Internet users to add to their platforms. Between 2000 and 2005, the number of Internet users increased almost five-fold, from 738 million to 3.2 billion users.

To gain new users, companies like Google and Facebook give away free applications that let you use the Internet’s functionality. Everyone has come to rely on these tools to do practically everything, from communicating with other people to buying and selling products and services. Before using the tools for the first time, however, users must agree that the tech company owns all data created on the platform. This includes personal data that users create about themselves. Tech firms store this data about their users in very large, centralized databases in data centers around the world. Every time a user sends an email, orders a product, sends money to someone, or does practically anything else on the Internet, their personal data passes through one of these tech companies and into their databases.

Tech firms combine this and other data about users to create user profiles and effectively sell this data to advertisers. For advertisers, it makes the process more efficient and makes ads more effective. Users see fewer irrelevant ads and potentially gain access to personalized incentives that a generic advertisement might not provide. Tech firms also believe they provide tremendous value through artificial intelligence by giving better and more helpful answers to questions and automatically accomplishing some tasks. The predictions that AI engines make generally improve as the amount of data increases.

Many users, however, don’t have the same perceptions of value and don’t share this rose-colored view of how their personal data is collected, aggregated, and sold to third parties. Many people find it unnerving and even frightening that a computer knows so much about them and can anticipate their needs. They are troubled when a computer responds to them as though it were a human being. When users only see relevant ads, it’s a reminder that everybody is being watched by some entity every time they use the Internet. Tech firms also neglected to consider that when you improve advertisements’ effectiveness, this includes ads that are designed to spread misinformation, incite violence, and influence public opinion.

While the technology companies’ motives were driven by profit and their perception of value rather than anything evil, the companies were not very forthcoming with what they were doing. Instead of drawing attention to the implications of accepting important terms and conditions, some companies hid them in fine print that most users would never read or made acceptance of terms the default selection.

It is now widely recognized that the “free” tools were financed by the sale of users’ personal data to third parties. There are many other issues with data ownership, privacy, security, and control. Many have real concerns about the amount of power, control, and influence that now reside in a few very large, centralized technology organizations and about the lack of control users can exert over their own privacy and personal data. In a short period of time, some of the chief architects and heroes of Web 2.0 have come to be regarded as monopolistic villains of privacy. While Congress explores legislation to address these issues, the Internet is already evolving to heal itself.

Web 3.0
The ideas for the next generation of the Internet have existed for a while. It already appears that artificial intelligence, big data/advanced analytics, and the Internet of Things are converging to create an ecosystem for the next generation of applications that might replace tools like Gmail and Facebook. But unlike Web 1.0 and Web 2.0, which focused entirely on applications for the Internet, Web 3.0 must first provide a new supporting technology infrastructure that favors decentralization and user control of data. Whether it’s serendipity or a natural evolution of innovation, that technology instantly became available when an anonymous inventor created Bitcoin and the blockchain.

The infrastructure that supports Web 2.0 is a global network of connected computers that provides a database with storage and computing power for centralized governments and corporations to process transactions and store data. Blockchain technology offers an even better and more secure kind of database to track user transactions directly, without the need for a government or corporation to be involved. It’s faster, more secure, tamper-proof, indestructible, and transparent. Best of all, a user’s personal data remains with the user and never passes through third parties and into their databases.

Web 3.0, nicknamed the “decentralized web,” is poised to disrupt the very companies that disrupted Web 1.0 to build a centralized Web 2.0. Blockchain technology provides the platform needed to decentralize the Internet and eliminate the need for prominent, centralized authorities and intermediaries. Blockchain technology can benefit the mortgage industry in several ways. It can help speed up the transaction time, making settlements happen more quickly. It can also create more accurate records and make the process more affordable for all involved. Web 3.0, powered by blockchain technology, has excellent potential for all in the home buying process.

Nobody woke up one morning to discover that Web 1.0 had been replaced by Web 2.0. In fact, many people didn’t realize a major transition was happening because the changes were gradual. The transition to Web 3.0 will likely follow a similar timeline and trajectory as different industries adopt the new norm. The financial services industry is one of the first industries to experiment with Web 3.0. ” DeFi,” or Decentralized Finance, is a new segment of financial services with working examples of new applications running on a blockchain technology platform. Some of these applications will bring financial services to large segments of the global population that have no access to them today. Others bring liquidity to assets such as real estate or stock options.

No particular outcome is certain. Just as in the early days of the Internet, there are still questions to be answered and technology hurdles to overcome. There is also likely to be strong resistance from some of the largest and most powerful companies in the mortgage space that also have the most to lose under this new paradigm. The game-changing applications of Web 3.0 probably haven’t even been invented yet, which makes it difficult to estimate their impact. Most of all, it’s exceedingly difficult to predict how people will use a new technology or adjust their behavior because of it. Nevertheless, the implications of the change powered by Web 3.0 and blockchain technology extend beyond technology to the fundamental ways that societies are organized, and economies are structured.

How to Get a Mortgage Commitment Letter Before Anyone Else

Oh. We hear you if you saw the word "commitment" and either turned away or…

5 Things to Consider When Hiring a Home Inspector

It takes less than 10 minutes to finish your profile and its free
Get started
Home Lending Pal, Inc is a Marketing Lead Generator and is a Duly Licensed Mortgage Broker, as required by law, with its main office located at 1 South Orange Ave, Suite 305, Orlando, FL 32801. NMLS Unique Identifier #1984562. Home Lending Pal technology and processes are patented under U.S. Patent Nos. 17/465,776. © 2022 Home Lending Pal, Inc. All Rights Reserved. This site is directed at and made available to persons in the continental U.S., Alaska, and Hawaii only.
Back To Top